This week, rapper TI admitted to committing deeply misogynistic acts against his daughter, completely without remorse or shame, which resulted in people feeling (predictably and rightly) horrified. On an unnamed podcast, TI proudly spoke about taking his 18-year-old daughter Deyjah to a gynaecologist every year just after her birthday, where he instructs her to consent her confidential medical information to be shared with him. From there, he asks the doctor to confirm whether her hymen remains intact. Despite this being both unethical and completely unscientific, this procedure is done so TI can see whether Deyjah has had sex, or rather, partnered, penis-in-vagina (PIV) intercourse.

While the outrage across the web is justified, and in my opinion, should be encouraged, the situation shouldn’t really cause surprise. When you unpack TI’s statements, they’re not that far removed from the way men societally view female sexuality; particularly when that man is a father, and the sexuality regards their daughter.

I remember being six years old and fancying a boy in my class. I thought I was in love, in the playful, sugar-coated Disney way children view love. I occasionally held the boy’s hand. He kissed my cheek once and I giggled so hard, snot came out of my nose. On the same day, we got ‘married’ in the playground – I insisted on being addressed as Hermione Granger during the ceremony, and that he would be named Ron Weasley. Playground weddings were juvenile and meaningless, but playful and many children staged them during break time. It was exciting, as a 6-year-old, that it was my turn. When I got home, I told my parents. My mum laughed and pretended to be offended that she hadn’t been invited to the reception. My step-dad, reacted weirdly. He was instantly furious, “you’re too young to have a boyfriend. I’ll beat the shit out of him.”

There were many confusing and upsetting elements of this reaction. Firstly, I was a six-year-old child. Of course, I didn’t have a boyfriend. I had a friend that I happened to fake-marry on a swing set, with the hallway prefect as our minister. Secondly, the boy was also a six-year-old child, and yet, my step-dad was threatening him with violence, without an ounce of humour in his tone.

It’s all too common, regular in fact, for fathers to invade their daughter’s love lives. From banning daughters in their 20s from having ‘boys’ stay the night, to throwaway comments like “when you get a boyfriend, I’m gonna kill him” to young teenage girls, they all stem from the same belief that female sexuality is a man’s to be controlled. This outlook is derivative of archaic attitudes that women are owned by their fathers until eventual marriage, which will also be confirmed by their father through asking permission for her hand in matrimony.

Female virginity is still upheld as a virtue, something to be proud of preserving and eventually ‘lost’ when deemed appropriate. This reinforces the damaging narrative that a woman’s power lies in their ability to withhold sex until it’s given to a ‘righteous man’, feeding the idea that women’s sexuality only exists as a factor of men’s. Amongst conservative families, the practice of celibacy and ‘purity balls’ are still celebrated and encouraged. This usually involves very young girls pledging not to have sex before marriage

to their parents and being considered ‘dishonourable’ or ‘dirty’ if this pact is broken – another outdated tradition where fathers are gatekeeping their daughter’s sexuality.

Like thousands of other fathers, TI seems to believe that his daughter’s sexuality is his to protect until she is passed on, like property, to another man. Though regular medical ‘virginity checks’ are much more dramatic than a whispered threat to a woman’s boyfriend on prom night, they are not a far cry from each other. These behaviours displayed by fathers everywhere are derived from the same idea that women should not be sexually independent.

The most interesting thing, to me, about the outrage following TI’s words was how many men, particularly fathers, were disgusted by his actions and ability to brag about them. If we want to live in a world that is truly equal, men must start holding themselves and their peers accountable. Men must begin to call out behaviour that is unacceptable. When a man hears his peer making a threatening comment about their daughter’s boyfriend, they must be corrected, and educated. To achieve equality and divert our behaviours away from these internalised and ritualised misogynies, we need to acknowledge the idea that women’s sexuality is for men to control, and then dismantle it. 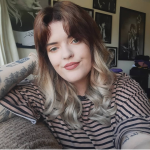